Protecting you and your financial future.

Times have changed and so have the laws around relationships. With defacto relationships being recognised in the Family Law Courts, the rules relating to relationships, marriage, and partnerships and the subsequent division of property when these relationships break down, have resulted in many incidents of people losing more than they had ever anticipated.

Unfortunately, this can and usually does result in costly and lengthy family court battles over who is entitled to what.

Most importantly it protects your assets and your financial future.

Why choose my law firm?

Save time with our easy process

Get peace of mind that your assets are safe

Your document is fully enforceable in Family Court. 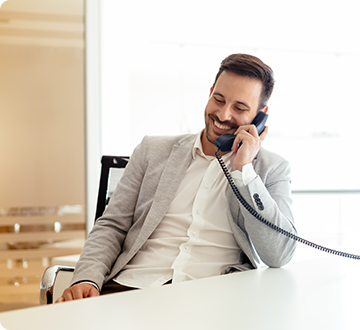 Make an enquiry using our contact form or give one of our friendly team a call. Tell us about you

We will send you a questionnaire to complete and return at your convenience. 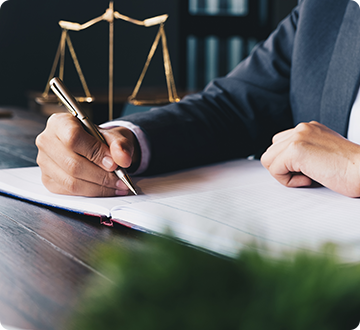 Our lawyers will prepare and review your BFA, taking all information into consideration. 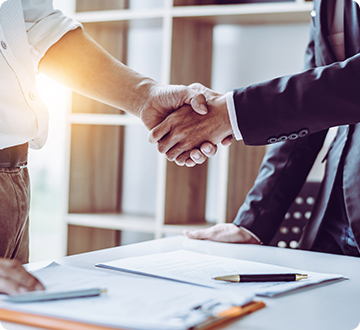 The my law firm solicitors will advise each party & issue letters of advice & compliant certificates to be signed.

“In the past, we’ve dealt with a number of lawyers but no one comes close to my law firm in terms of their approach, honesty, experience and exceptional service.”

BFA’s can be a useful tool to:

There are many matters to consider when negotiating property settlements and our team can provide expert advice on what you are entitled to.

It can be beneficial to receive legal advice from the team at My Law Firm as we have extensive experience in drafting and reviewing Binding Financial Agreements and Property Settlements.

BFAs are often mistakenly referred to in Australia, as a pre-nuptial agreement or a prenup, which is an American concept. A prenup is made before the parties are married.

In Australia we do not have prenuptial agreements, prenup agreements or prenups & the act clearly excludes references to the phrase pre-nuptial to highlight that BFAs are a completely different concept.

Though many Western Australians still refer to BFAs as pre-nuptial agreements.

Pre-nuptial agreements do not have to be entered into prior to marriage.  The Family Law Act 1975 and the Family Court Act 1997 (WA) allow for couples in Perth and Australia to legally enter into a Binding Financial Agreement either before, during or after marriage and by de facto couples where there is no marriage at all.

A Binding Financial Agreement can be entered into before, during or after a marriage or de-facto relationship. They may cover:

We can provide advice in respect to the resolution of financial issues including access to land valuers, business valuers, accountants and other professionals if required.

Where an agreement for property division has been achieved we can advise you on the most appropriate and cost-effective way to formalise your agreement.  This may be through consent orders in the Family Court of Western Australia or with a financial agreement.

Both parties must receive legal assistance in order for the agreement to be effective and legally binding. The Prenup will be drafted and executed by an impartial solicitor who will ensure that it is legal.

Our Perth lawyers at My Law Firm have a lot of experience in this area. We also clarify the ramifications of not having an enforceable financial agreement in place as part of our service, so you are well informed about your options.

We use cookies on our website to give you the most relevant experience by remembering your preferences and repeat visits. By clicking “Accept”, you consent to the use of ALL the cookies.
Cookie settingsACCEPT
Manage consent

This website uses cookies to improve your experience while you navigate through the website. Out of these, the cookies that are categorized as necessary are stored on your browser as they are essential for the working of basic functionalities of the website. We also use third-party cookies that help us analyze and understand how you use this website. These cookies will be stored in your browser only with your consent. You also have the option to opt-out of these cookies. But opting out of some of these cookies may affect your browsing experience.
Necessary Always Enabled
Necessary cookies are absolutely essential for the website to function properly. These cookies ensure basic functionalities and security features of the website, anonymously.
Functional
Functional cookies help to perform certain functionalities like sharing the content of the website on social media platforms, collect feedbacks, and other third-party features.
Performance
Performance cookies are used to understand and analyze the key performance indexes of the website which helps in delivering a better user experience for the visitors.
Analytics
Analytical cookies are used to understand how visitors interact with the website. These cookies help provide information on metrics the number of visitors, bounce rate, traffic source, etc.
Advertisement
Advertisement cookies are used to provide visitors with relevant ads and marketing campaigns. These cookies track visitors across websites and collect information to provide customized ads.
Others
Other uncategorized cookies are those that are being analyzed and have not been classified into a category as yet.
SAVE & ACCEPT